A former spice island, Zanzibar has a rich history. Visitors can discover this by touring its capital city, Stone Town. This UNESCO World Heritage Site boasts a harborfront promenade and numerous historical buildings, as well as winding alleyways that are perfect for exploring. Some of the most popular attractions in Zanzibar include Prison Island  famous for being home to giant Aldabra tortoises and Jozani Chwaka Bay National Park, where you can see red colobus monkeys and other rare wildlife species.

Beach lovers will love relaxing on the white sands at Nungwi Beach or Paje Beach, while history buffs should not miss the Kizimkazi Mosque one of the oldest mosques in East Africa or Beit el-Sahel (House of the People), which showcases local art and historical artifacts.

If you’re looking for fun things to do on your holiday in Zanzibar then check out our top ten list below:

Stone Town, also known as Zanzibar City, is a city on the island of Zanzibar and is the capital of Zanzibar. Stone Town became a UNESCO World Heritage Site in 2000 because of its cultural diversity and rich history.

Stone Town has been home to the sultans of Omani and Swahili traders since the 16th century when they established trade routes between East Africa and Arabia. The city was once a slave port, but today it’s filled with beautiful mosques (including Jumbe Mkuu Palace), museums, artisan shops and restaurants that can’t be found anywhere else in Tanzania (or even Africa).

Prison Island is a nature reserve and UNESCO World Heritage Site. There are many birds on the island, including the pink-billed Pigeon and Zanzibar Red Colobus Monkey. It is also home to many rare species of turtles and molluscs.

You can enjoy snorkelling at Prison Island, as well as swimming in its clear waters. In addition to these activities, you can also visit several small restaurants on the island that serve local food such as rice with fish or chicken stewed with bananas!

The Jozani Chwaka Bay National Park is a UNESCO World Heritage Site, and for good reason. Located about 45 minutes from Stone Town, this park is home to one of the rarest animals in Africa: the African manatee.

The manatees live in warm shallow waters close to shore and can reach up to 2 meters (6 feet) long and weigh up to 200 kilograms (440 pounds). They are also known as “sea cows” because they eat very little food compared with other marine mammals; instead they filter nutritious microorganisms out of seawater using special hairs on their snouts that resemble fingers.

The park has several walking trails that lead visitors through rainforests filled with giant tree ferns, lush green foliage and exotic birdsong as well as some excellent views of active volcanoes!

Nungwi is a beautiful beach on the northern coast of Zanzibar, famous for its white sand and clear water. The area is particularly good for swimming, snorkeling and fishing. It’s also home to some great hotels, restaurants and bars so you’ll never be short of things to do here.

The beach itself isn’t too crowded but there are lots of people walking along it in the mornings and evenings as they enjoy their daily exercise. Nungwi’s pristine waters makes this one of the best places on the island for swimming or snorkeling; if you’re lucky enough to see any dolphins while you’re here then make sure you take your camera.

A beautiful island off the coast of Zanzibar, Mnemba Island is an excellent place to relax and enjoy the scenic views. It has several beaches, including one at Cape Kizimkazi, which offers amazing panoramic views of both mainland Tanzania and Pemba Island. There’s also a coral reef that attracts scuba divers from around the world.

If you’re feeling adventurous and want to explore more than just your hotel room or beach chair, then consider taking a day trip out on a dhow (traditional wooden sailing boat) with locals who will take you snorkeling or diving in search of dolphins, sharks or even turtles.

Paje Beach is a beautiful beach that’s popular for surfing, but also has some of the best snorkeling in Zanzibar. The water is warm, there are many hotels and restaurants nearby and you’ll find a beach bar if you need refreshments. Paje Beach is also known as one of the best places to surf on the island and has been named by National Geographic as one of Africa’s ’10 Best Beaches’.

If you’re looking for a more religious experience, Kizimkazi Dimbani Mosque is the place to go. Located on the island of Pemba and built in 1887, it’s one of Zanzibar’s most popular tourist attractions. The mosque can hold up to 9,000 people and is the largest mosque in Zanzibar. It was initially constructed using coral stone from nearby areas; however, some parts were rebuilt using concrete after an earthquake destroyed them in 1911.

Located on the main street of Stone Town, the Beit el-Sahel (House of the People) Museum is a great place to learn about Zanzibar’s history. The museum was originally built as a slave trading house in 1840, which later served as an administrative office for slaves during colonial times. Today it stands as a tribute to those who suffered and died during this dark period in human history.

Located within walking distance from Darajani Market and Slave Market ruins, this museum offers insight into how life was lived under colonial rule as well as information on other aspects of Zanzibaris’ lives such as religion and customs.

The museum itself is run by the Zanzibar Heritage Society which promotes conservation efforts across Zanzibar Island through educational programs, community outreach events and tours around historic sites such as slave markets or prisons where many prisoners died due to poor living conditions while being held captive without trial until death occurred due lack water supply available inside these dungeons so they would rather die than live longer without being able to drink anything but dirty water with no sanitation system present inside these cells full darkness all day long every day.”

Bububu Fishing Village is a small village on the northern coast of Zanzibar. It’s a traditional fishing village, and it’s a great place to go if you’re looking for an authentic experience.

The best way to get there is by boat; from Stone Town, it’s about an hour away by sea. There are several boats that offer trips to Bububu every day (typically around $15 per person). You can also hire your own boat driver at one of the piers in Stone Town just ask around for recommendations and make sure you agree on some details beforehand.

If you want to visit one of the best and most exciting places in East Africa, then Zanzibar is a great choice. It has everything from beautiful beaches to exciting wildlife. In this article, I listed some of my favorite destinations that visitors should visit when they come here. I hope this helps. 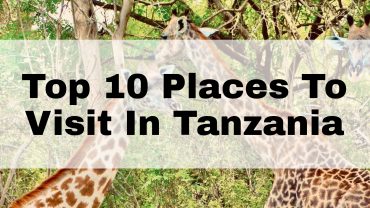 Tanzania is a naturalist’s dream. It’s full of everything you want to see in Africa: big cats, elephants, monkeys, and more. And the country does’t just have a handful of national parks and game preserves it has over twenty-five! That’s why it can often be overwhelming to figure out where to go in Tanzania. I’ve […] 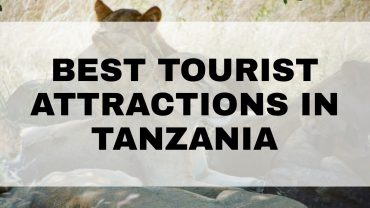 Best tourist Attractions in Tanzania You probably already know about the stunning beaches, romantic dhows and mouth-watering spices in Zanzibar, but Tanzania has much more to offer besides. Africa’s most mountainous country is also home to some of its most iconic wildlife, as well as a rich culture and incredible natural diversity. Best tourist Attractions […]